It was the Summer of 2013. I was all alone at home, listening to music with my headphones. All of the sudden, I could hear someone was heavily banging on the door of my apartment. I dashed. I opened the door. To my surprise, I found my neighbour all shaky. Without hesitation, she dragged me inside her flat, towards the bathroom. She could barely say anything, but she managed to explain that she was giving a bath to her granny, and the radiator above the door had caught fire. The wooden door frame was full of flames! And inside, there was the old lady. No time to think. We got in, took her out, put the fuses down and called emergency services. Luckily, no-one was injured. Through this, I could experience how dangerous it is for firefighters to face a fire. Since then, I knew I wanted to devote my time to help society, especially firefighters. Did I become one? Not quite. I decided to do a PhD in robotics.

In 2015, I was selected to join the second cohort of the FARSCOPE CDT at the Bristol Robotics Lab (UK). I was super motivated because it was the biggest intellectual challenge I was going to embark on, and I was eager to start. After living the personal experience related to fire two years before, I knew I wanted to develop tech for firefighters. So when Sabine Hauert gave her talk about swarm robotics, I knew that was going to be my topic because of all the possibilities that the use of many robots would offer. Under her brilliant supervision, I started developing algorithms for robot swarms that could enter a building on fire, find casualties, rescue them, put out the fire… And during the first 2-3 years I did that.

Here it’s also important for me to tell you that I had my type 1 diabetes onset during the first year of my PhD, completely unexpectedly. This actually made me realise I had a body, not only a brain, and that I had to take care of it too, even more then. In fact, I needed a two-month break to get used to a completely new lifestyle. I’m super grateful for the support I received from FARSCOPE and Sabine during this process. After those two months, I resumed my studies.

After two years in the FARSCOPE programme, I had developed quite a cutting-edge swarm robotics technology in collaboration with Ivica Slavkov and James Sharpe from the European Molecular Biology Lab (Barcelona, Spain). My first published paper in the PhD was a co-first-authored publication in Science Robotics (one of the top robotics journals) about morphogenesis (shape formation) in robot swarms inspired by how we mammals grow our fingers when we are embryos. The intellectual prospects were looking very good.

However, I was missing something. I was feeling incomplete… With my recently-acquired diabetes I had been forced to ground myself, to become aware of my other human parts, of my emotions, of the pressure that my personal life also had on my professional life and my day to day in research. And then I started feeling the need to explore and include more of these other human aspects into my research life. In practical terms, I felt the call to go outside the lab, to the real world. Although I loved the BRL, with its astonishing group of top researchers across pretty much all fields of robotics, and Gordon (the security person), who always put a smile on my face, to me it felt like a bubble, disconnected from real life, from society.

Completely by chance at that very moment, I received an email with an invitation to participate in the European PERFORM project where the Public Engagement Team from Bristol university was a partner. This project basically consisted of STEM (Science, Technology, Engineering and Maths) through performing arts. However, before being trained on this, we were trained during several sessions on Responsible Research and Innovation, and this came to me as a gift in the time I most needed it. Do you want to know why? Because through it I realised I hadn’t asked any single firefighter whether the research idea of the firefighters-assistive robot swarm I was developing would be something they wanted or not! This was quite eye-opening for me. So much that I changed my research direction a little bit, towards going outside the lab, towards involving society.

In a nutshell, I ended up speaking with over 20 firefighters about robot swarms, and I even created Swarm Escape!, an educational and portable escape room to show the general public a possible technology that they may see in their not-so-distant future. And this literally saved my PhD. It now had a profound and real meaning, not based only on assumptions from myself or the research community – space for a joke here: if you took a sip from your tea cup every time you read in a paper that “this x, y or z piece of technology can be potentially used for search and rescue”, you’d find your daily tea levels in your bloodstream duplicated or even triplicated, I promise! At least in the swarm robotics community. And it’s true that potentially yes, but… is it always the best solution? Is that what end users, citizens, companies really want? For example, I found out that firefighters want semi-autonomous robot swarms that can carry out information-gathering tasks to create a map of the situation, the location of casualties, possible exit routes, etc., as opposed to more action-based tasks such as extinguishing or rescuing. 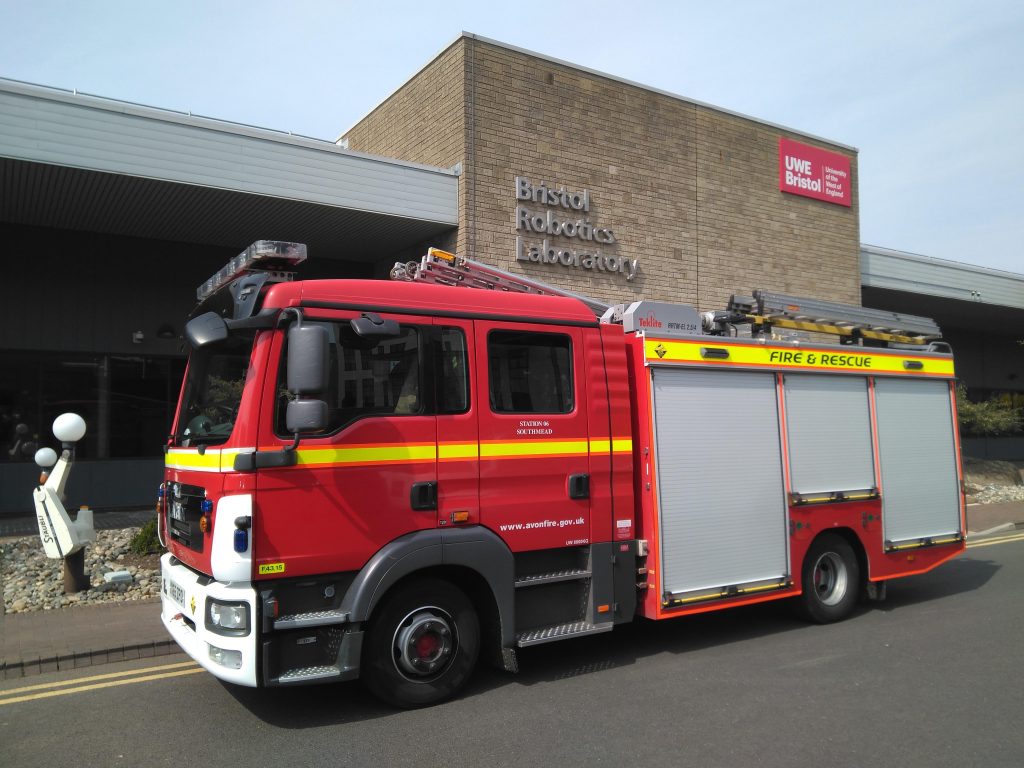 A team of firefighters visiting the BRL to attend one of the focus groups.

Going outside the lab opened the door for a more humane way of doing a PhD. And I proved it can be indeed included as part of the PhD because I published two papers with the results of the two formal studies I did, one with the firefighters, and another one with the general public and the escape room, and they became one core chapter of my thesis. Here’s a summary of all my PhD research:

Summary of my PhD research in robot swarm morphogenesis and engagement with society.

After my PhD: open science and well-being for researchers

By the Summer of 2020, right when covid had made almost all parts of the world be in lockdown, I finished my PhD, and I decided to come back home, to Murcia, in the South of Spain. I needed a break after such a massive personal and professional experience that the PhD was, as well as the massive unsettling pandemic that had arrived. So I decided to stop for a while and take a gap year (I had never done this before). Yes, I started working as the Managing Editor of Robohub, but that was only a few hours a week, so still, it could be a gap year.

Before, I’ve told you that half-way through my PhD I felt the call to explore other human aspects and I did that by going outside the lab to engage with other human beings. At this point of my life now, in this gap year, I felt the call to explore and take care of my inner human side, that I hadn’t, ever. During my PhD I had my ups and downs, but I coped with them with determination, by finding motivation in public engagement, and thanks to the support I received from my supervisor and my close ones. However, I didn’t realise I was putting all my emotional management under the rug. And after so many years of excellence, academic pressure, and perfectionists goals, I emotionally broke when suddenly I didn’t have anything else to do, even though I had chosen to put my professional life on hiatus.

Then, I started going to psychotherapy thanks to friends’ recommendations. And my life shifted. And I healed massively. And two years later, I find myself being trained in psychotherapy – in Gestalt therapy, a humanistic approach with an efficacy being increasingly proved formally and informally, as well as in non-formal education techniques such as theatre or nature-based self-development.

After all these years I’ve realised something was guiding me more and more towards engaging with humans. It turns out I’m now more interested in the wide spectrum of this, beyond the world of robotics. But I still want to work with researchers! In fact, my direction is towards becoming a psychotherapist for researchers because I feel mental health is quite hidden in the academic world. Even though universities and research centres have their own well-being staff, the culture of taking care of our well-being and mental health isn’t embedded in our daily routines as researchers. We’re only aware of it when we suffer a burnout. Did you know there’s research that shows researchers and academics are 6 times at higher risk of anxiety and depression compared to the normal population? Let’s address this before mental disorders occur! That’s my current goal.

At the moment I’m organising workshops where I mix responsible research and innovation and open science practises (which are increasingly becoming a requirement to access research funds in Europe), with well-being and mental health techniques. Indeed, I don’t see them as separate or distinct, but complimentary – I don’t conceive one without the other. Ensuring the well-being of researchers is intrinsic to supporting their research career, thus becoming a fundamental aspect of an open science culture.

In these workshops, participants are individually and collectively guided through a cathartic process of becoming aware of the importance of embracing open science practices by themselves, and finding their own way of including them in their day to day. Each of them takes ownership of their own process, making it unique and personal, thereby developing a sense of personal and professional responsibility as a result of their own awakened values throughout the training experience. Participants acquire the skills to create an adequate environment that will allow them to develop both personally and professionally, hence increasing the positive impact of their research on themselves, their community, society and the planet.

So, if you’re a researcher, my advice for you is:

If you ever need it, I’m here to mentor you, with all my experience of doing a PhD, and all the emotional management tools I’m being trained on since the last two years and onwards. Just contact me!

This article was originally published in Scientific Agitation. 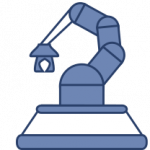