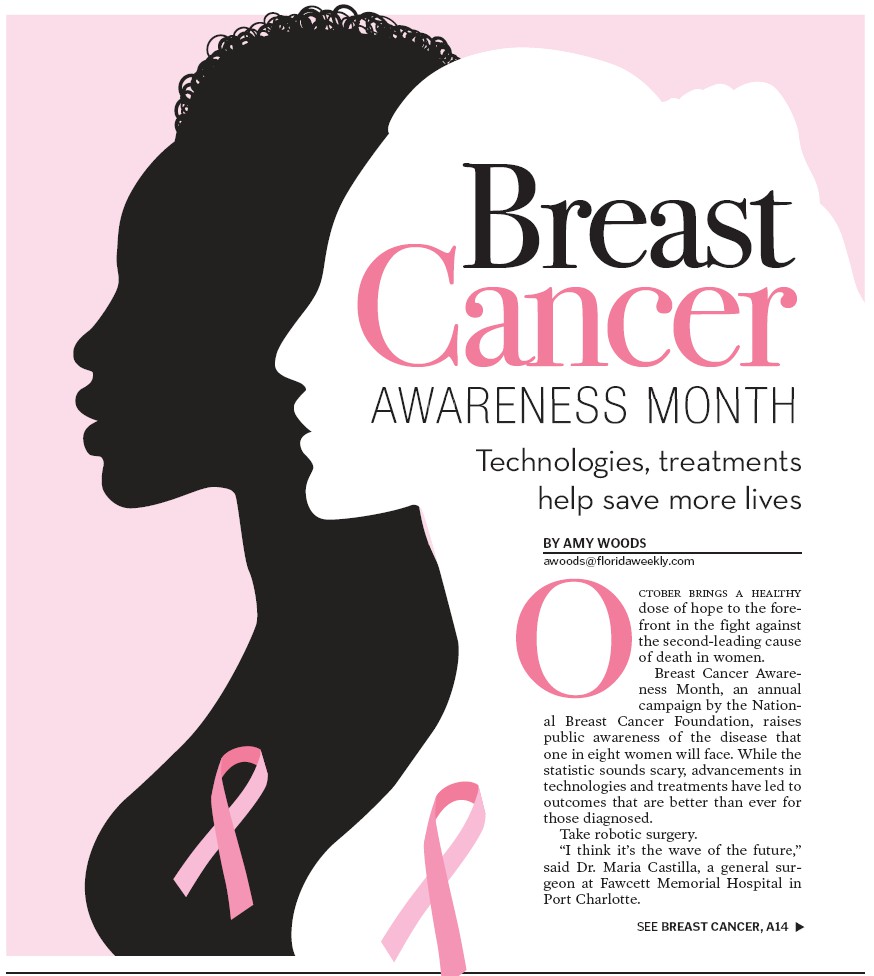 OCTOBER BRINGS A HEALTHY dose of hope to the forefront in the fight against the second-leading cause of death in women.

Breast Cancer Awareness Month, an annual campaign by the National Breast Cancer Foundation, raises public awareness of the disease that one in eight women will face. While the statistic sounds scary, advancements in technologies and treatments have led to outcomes that are better than ever for those diagnosed.

“I think it’s the wave of the future,” said Dr. Maria Castilla, a general surgeon at Fawcett Memorial Hospital in Port Charlotte.

Robotic surgery optimizes procedures in cardiothoracic, colorectal, gynecological and other kinds of cases involving tiny incisions. It provides greater control and flexibility. The discipline currently is undergoing investigational studies for nipple-sparing mastectomies, and preliminary findings show it could be a promising new technique.

“I am very excited about it,” Dr. Castilla said. “If I can do anything on the robot, I will. With the robot, the technology is so much more advanced. It is far better visualization than any laparoscopic camera out there on the market.” 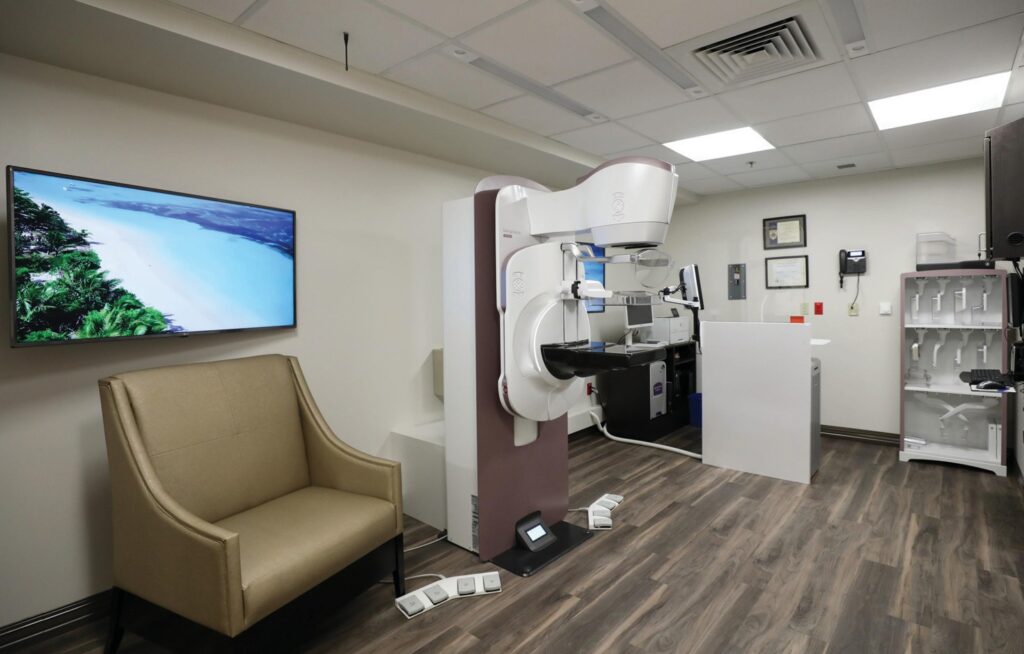 During nipple-sparing mastectomies, all breast tissue is removed, and the skin of the nipple and areola are preserved. The technology is at least five years away if, after the investigational studies, robotics becomes an acceptable solution.

“We are trying to figure out a way to use robotics for everything,” Dr. Castilla said.

Genetic testing is another area gaining traction in the race to a cure. More than 20 genes — and counting — have been linked to an increased risk of breast cancer.

“Patient feedback on genetic testing is great,” Dr. Castilla said. “A lot of my young patients want to have it done. They want to know why am I getting breast cancer at such a young age.”

“It affects the operation, it affects the drugs, and it affects how we monitor the patients in the future,” Dr. Janine Harewood, a medical oncologist at Lee Health’s Regional Cancer Center in Fort Myers, said of genetic testing. 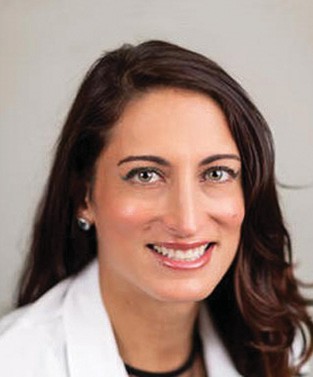 A patient of Dr. Harewood’s who received genetic testing after being diagnosed learned she had Li-Fraumeni syndrome, a rare disorder that leaves her susceptible to breast and other cancers. The conclusion was the patient should not receive any type of radiation. So she had a double mastectomy instead of lumpectomy.

“We would have caused harm to her by not knowing the fact that she had this syndrome,” Dr. Harewood said. “The amount of genetic tests that we’re doing in order to discover these mutations has increased, and we’re doing it at diagnosis. That’s one of the biggest changes.”

Research into discovering cancer with a simple blood test is a hot topic in academic and scientific circles.

“It’s still very early research, but a blood test that finds circulating tumor cells — that’s something that they’re hoping for,” Dr. Harewood said. “The idea is that if you can detect these cells before you can even see something on imaging, you can make the diagnosis.” 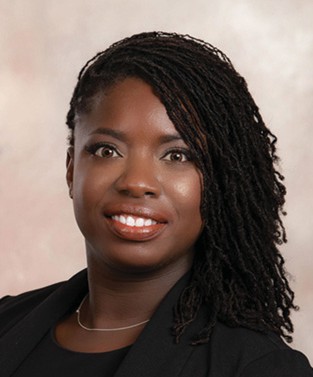 HER2-positive breast cancer is associated with human epidermal growth factor receptor 2, a protein that promotes the growth of malignant cells. Dr. Schwarzberg describes the protein as “driving the breast cancer” and the new prescriptions as “excellent brakes that turn off the gas pedal.”

“It’s not like chemo, where everything that is growing quickly is killed,” she said, noting there is no hair loss, no nausea and less fatigue. “That’s one path that’s been well-explored and very successful.” 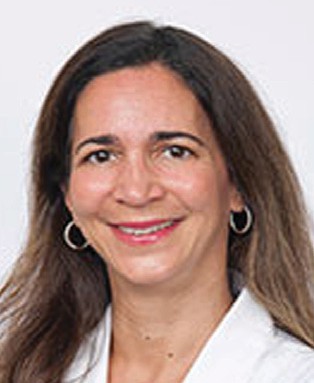 A new treatment for triple-negative breast cancer — PARP inhibitors — is a medical advancement as well. Triple negative breast cancer remains the hardest to treat because it lacks both hormone receptors — estrogen and progesterone — and the HER2 protein and does not respond to therapies directed at those targets. Chemotherapy has been the mainstay for treatment until a few years ago.

PARP, or poly-ADP ribose polymerase, is an enzyme that aids in the repair of damaged cells. PARP inhibitors stop the enzyme from doing its repair work on cancer cells, and the cells then die.

“Triple-negative breast cancer is one area where, up until a few years ago, we have had a very poor prognosis,” Dr. Foster said. “We’re now seeing where drugs have been FDA-approved, which has been a very meaningful improvement in the field.”

The U.S. Food and Drug Administration in July approved an immunotherapy drug that takes aim at a patient’s immune system, triggering it to recognize cancer cells as bad cells and attack them.

“It really just sort of improves the overall outcome,” Dr. Foster said. “There are just so many advancements